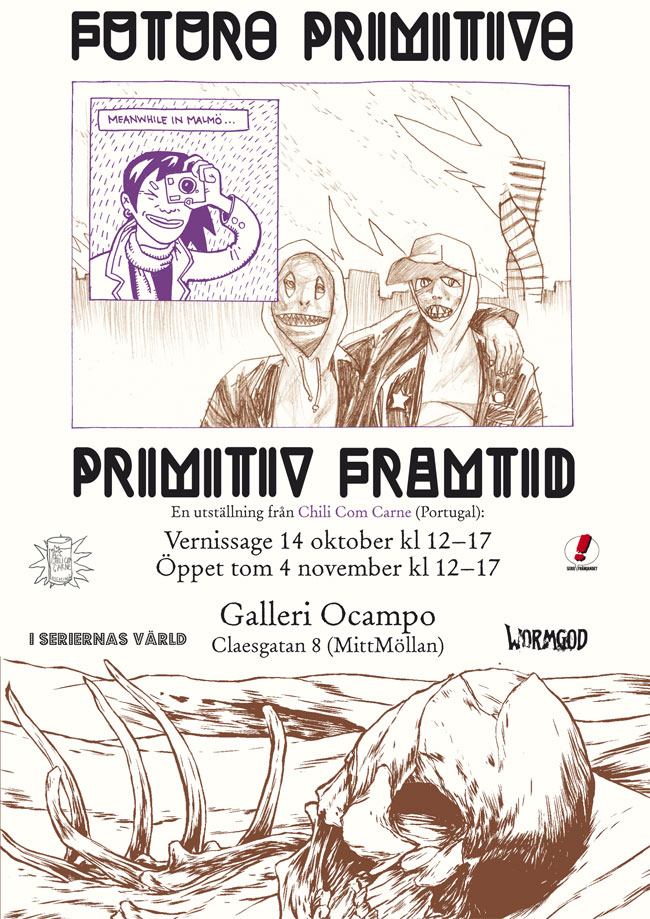 «There will never be an End for Humanity:
if a village survives a global catastrophe and,
100 survivors still exist, History will continue ...»
- an historian whose name we don’t remember.

For a long time, in this hyper-computerized society, that the role of publishing has been played in an apparent paradox: ubiquitous and insignificant. Every day we publish texts or images with DTP tools (word processors, software for sound and video) and, at the same time, we're “drowning” in an absurd abundance of information. All kind of things “come out to the public” - without ethics, censorship or discipline - issues that resurface later in more official and institutional registry.

«I step on skulls of generations that have not formed
I hear painful cries of wars that are to come
to create everything again, from the beginning
to teach new minds»
- Sepultura

We would like “PRIMITIVE FUTURE” to be the last manifesto of the Art of Publishing and hence, we invited ALL members of the Chili Com Carne to participate in this volume! We are well aware of the difficulties that one, wishing to do Comics in Portugal, faces: without the slightest expectation of financial return, most of the production is done by the author in his/her spare time; after browsing the site of the Finances; submitting his/her work to an idiot company; cleaning the house; having dinner and after the kids went to bed. At this pace, the putative conclusion of a book gloriously estimating 100 pages, would take how long? A decade? We started to prepare this project as the 12th volume of the CCC Collection, accompanied by an exhibition with the same name for the International Festival of Comics of Beja, soon followed by the Crack Festival in Rome, the Comics Festival in Helsinki and also Sweden, USA and Brazil. The given theme was dystopian and post-apocalyptic Science Fiction. As an inspiration, each author was asked to choose an item from a list of some of the biggest technological creations that caused Humanity to move forward into abyss: weapons, agriculture, fire, shelter, wheel, metal, currency, printing, steam engine, electricity, nuclear power, transistor, the pill and Dolly ... The Comics should be made ??of two strips per page in order to isolate the images, as if they were illustrations for the exhibition and, in this way we’d combine the work of different authors. Strips / panels/ comics should be reorganized and mixed together, so that it would create a "meta-story" with the sum of all these “graphic-narrative units” of various Comics.

So, we also opened the doors to the authors who were not connected to Comics. For example, illustrators or those who makecollage, painting, graphic design ... We know well that these creative people are afraid of producing Comics but, we managed them to make “cadavre-exquis Comics”. It means a Comic book that goes hand in hand without the previous author's narrative control. The starting point for each sequence was carried by an author of each city that will host the exhibition: Susa Monteiro (Beja), Valerio Bindi with MP5 (Rome), Jarno Latva-Nikkola (Helsinki), Mattias Elftorp with Sofia Lindh(Mälmo ) and Nevada Hill (Denton).

We even added 3D pages connected to the theme of this year in the Crack Festival and we encouraged the authors to make something different. We asked the musicians -associated (or not) - to send concrete sounds, loops, spoken-word, drones or songs as a soundtrack for the exhibition and the book –standing in line for free download on the net-label You Are Not Stealing Records. 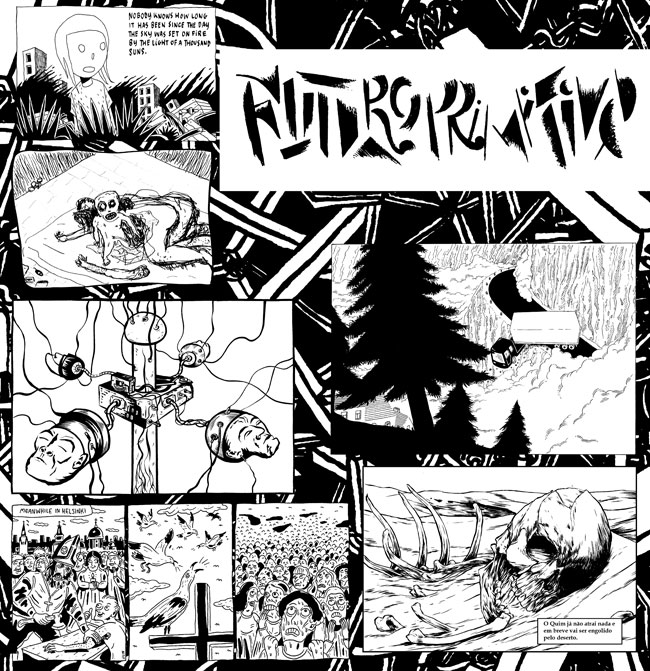 The CHILI COM CARNE association is a non-lucrative young artist's organization, who's functioning is established upon the free and spontaneous cooperation of its members. Since it's foundation in 1995, we have promoted and developed a series of events in the field of the arts, such as the organization of exhibitions and publications. We favour a line of action that privileges the independence of the artist, in the context of the diversity in form and content that shapes the contemporary cultural and artistic scene. Since 2000, CCC is working mainly in edition.
website 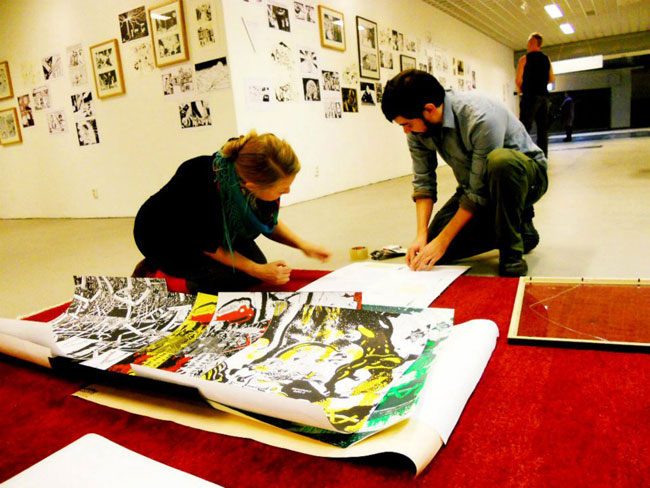 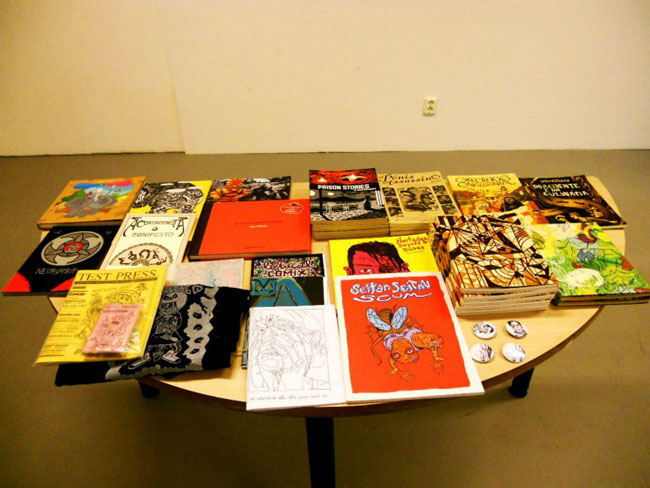 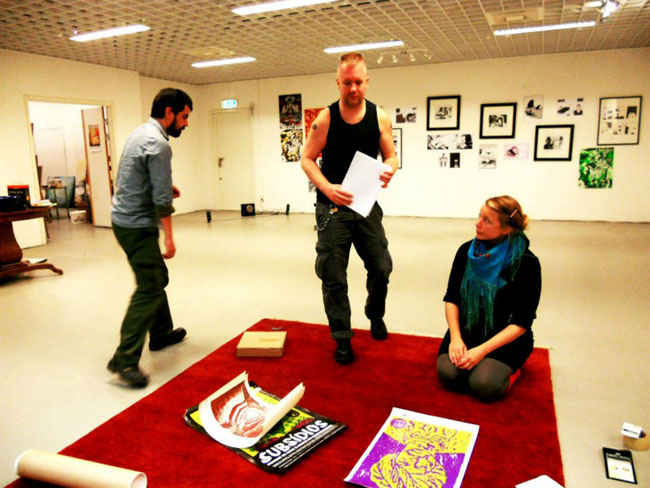 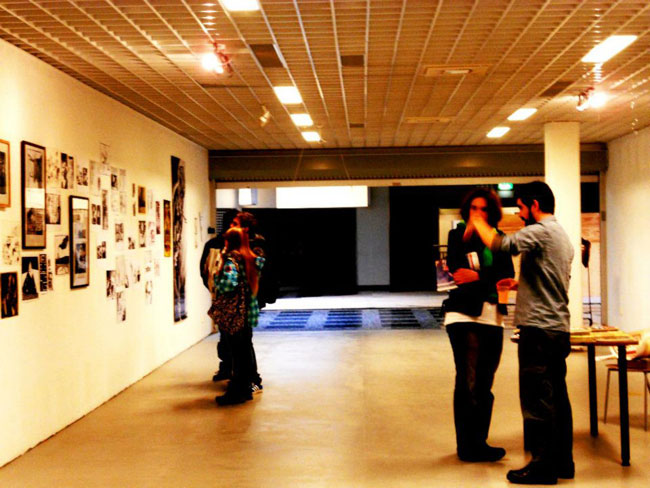 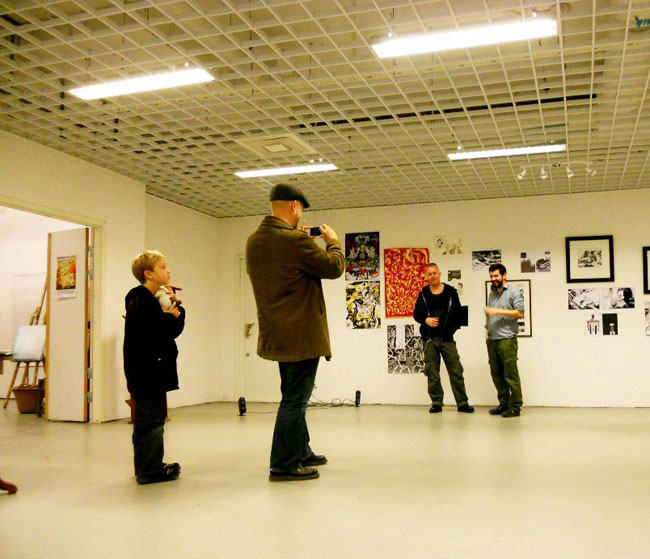 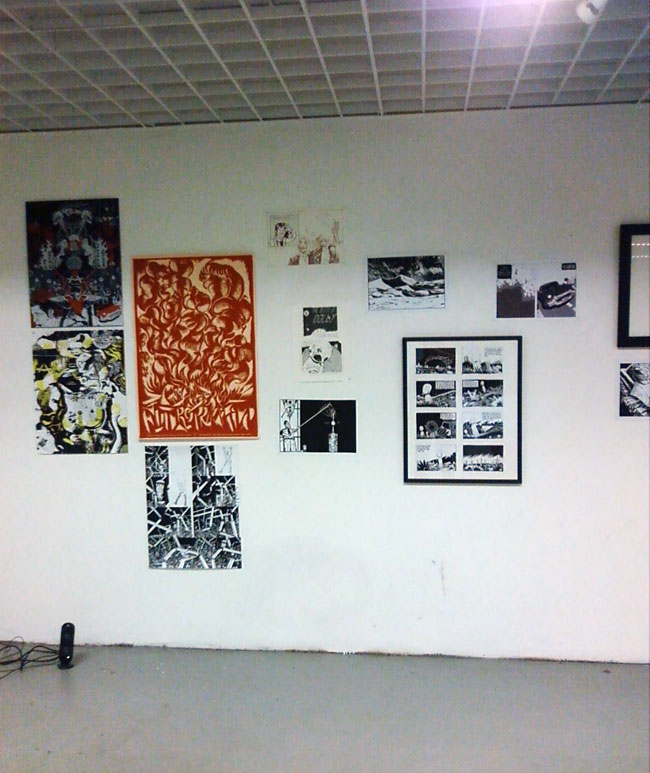 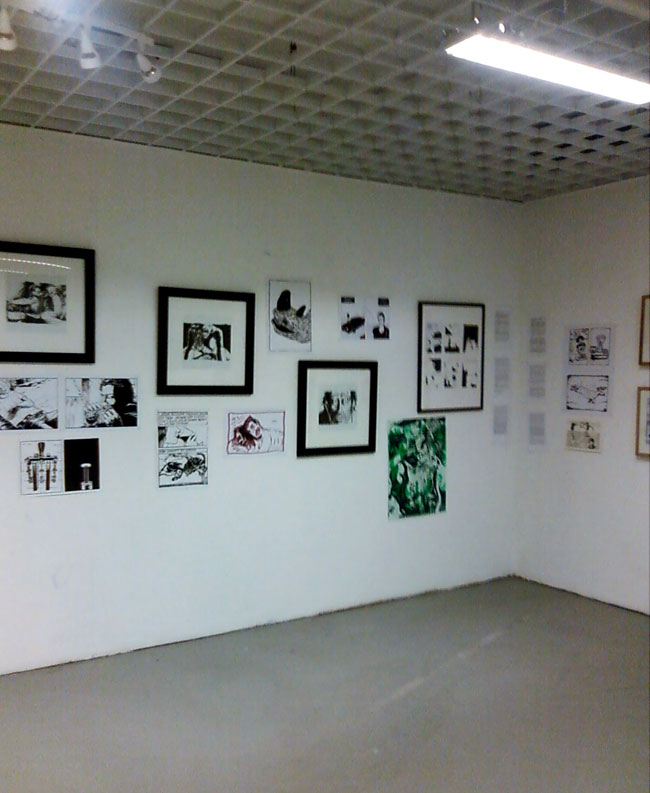 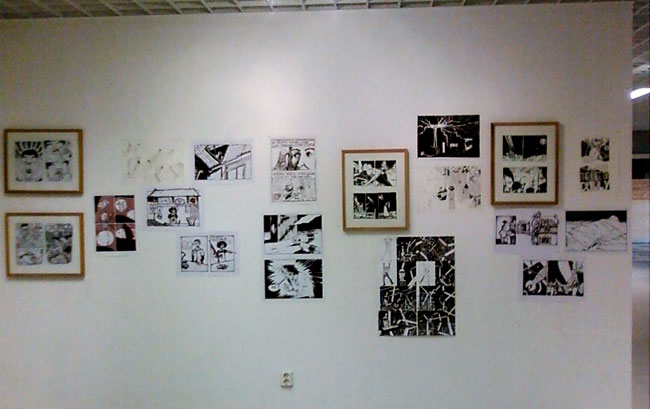 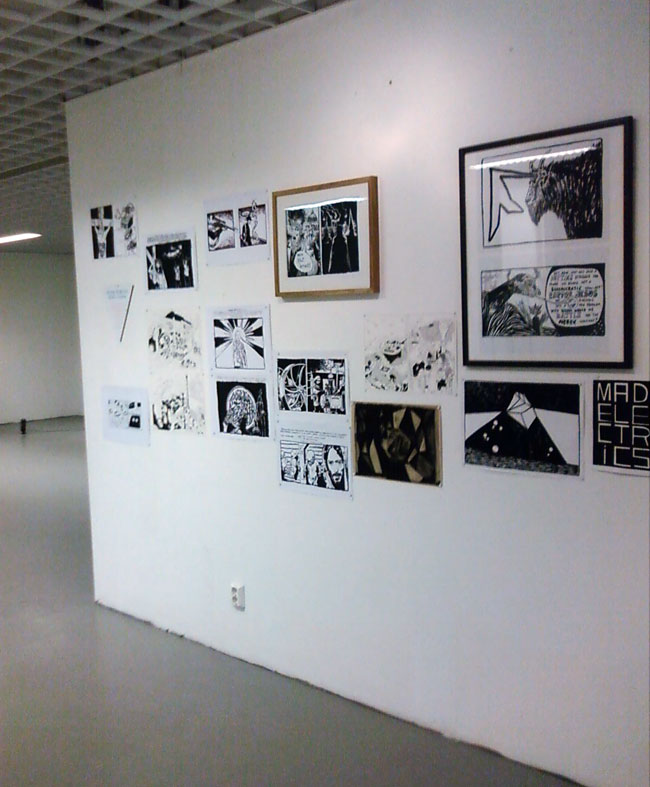 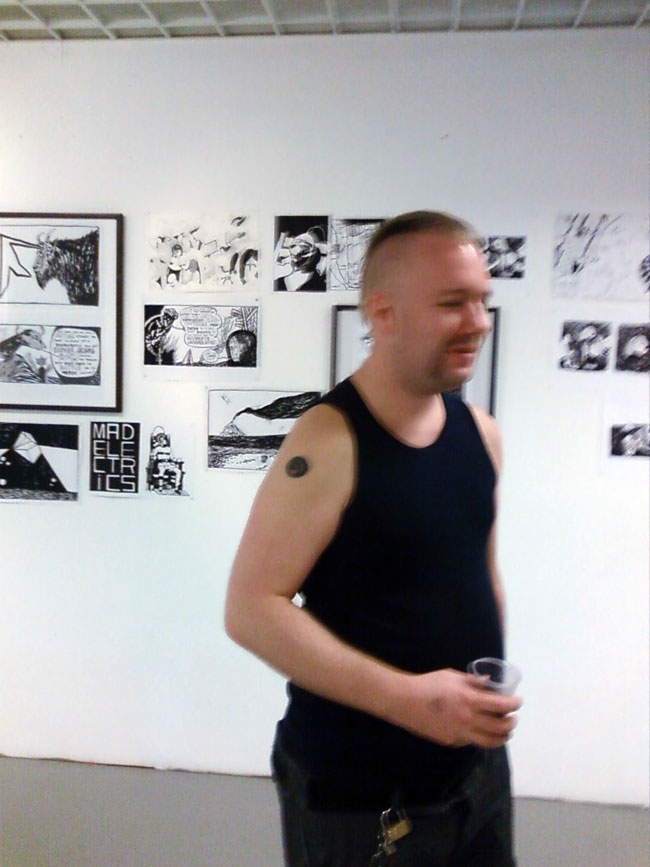 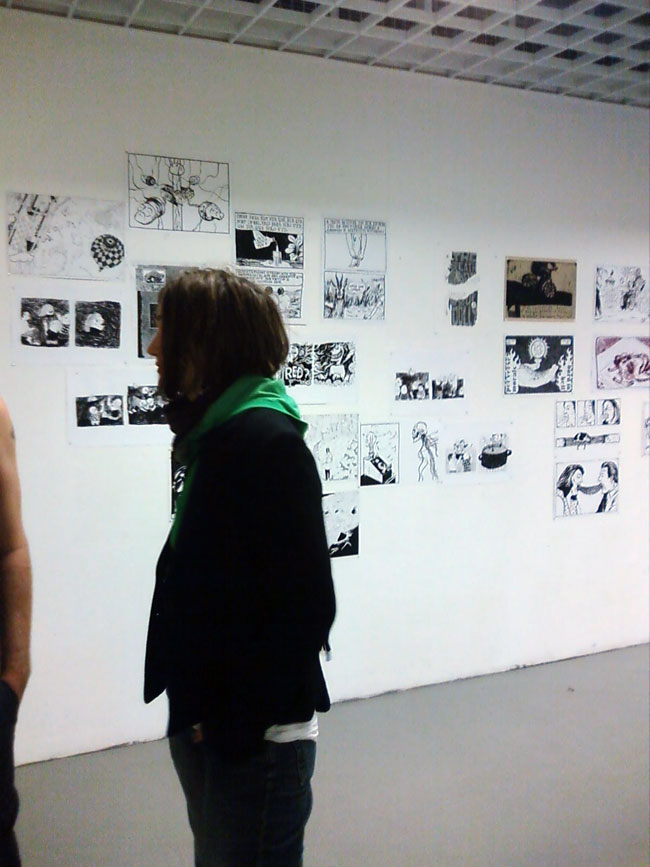 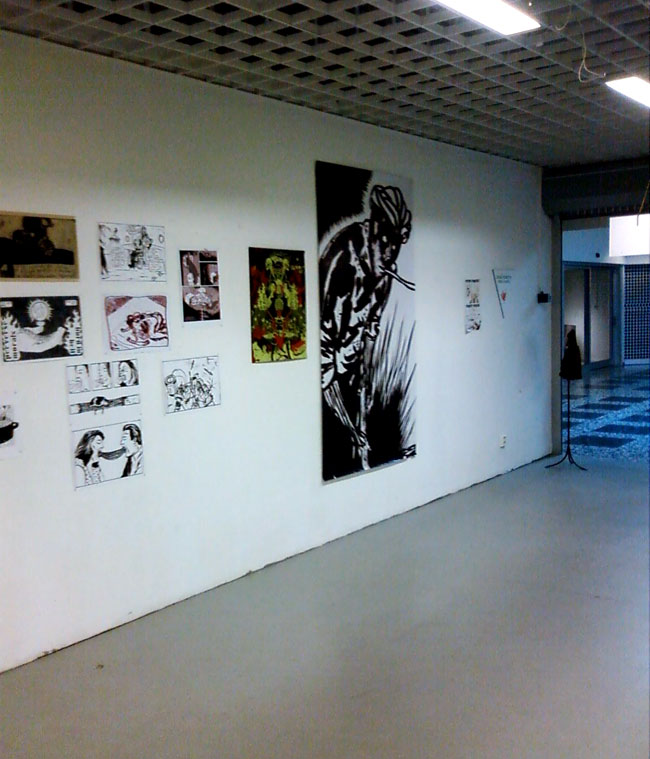